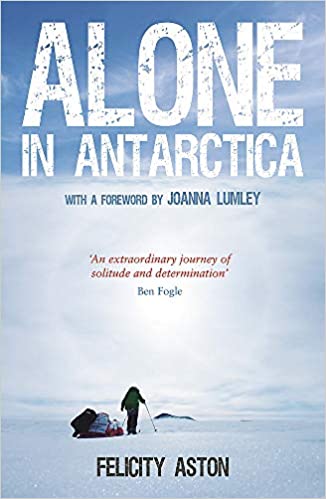 Alone in Antarctica: The Classic True Story of One Woman’s Solo Journey Across Antarctica

What would it feel like to be out there alone in that empty vastness? Just before midnight on 24 November 2011, Felicity is left completely alone on the coast of Antarctica. The isolation is instant and devastating. Only three people in the world have crossed Antarctica alone. The first two were men and both Norwegian. At the age of 34, British woman Felicity Aston became the third. Unlike her predecessors, she didn’t use kites or parasails to assist her.