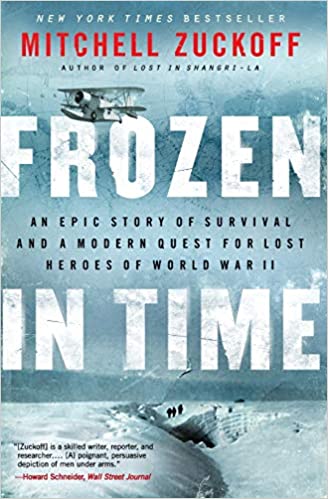 Frozen in Time: An Epic Story of Survival and a Modern Quest for Lost Heroes of World War II

On November 5, 1942, a US cargo plane slammed into the Greenland Ice Cap. Four days later, the B-17 assigned to the search-and-rescue mission became lost in a blinding storm and also crashed. Miraculously, all nine men on board survived, and the US military launched a daring rescue operation. But after picking up one man, the Grumman Duck amphibious plane flew into a severe storm and vanished.